Is the Star of Bethlehem Exceptional? 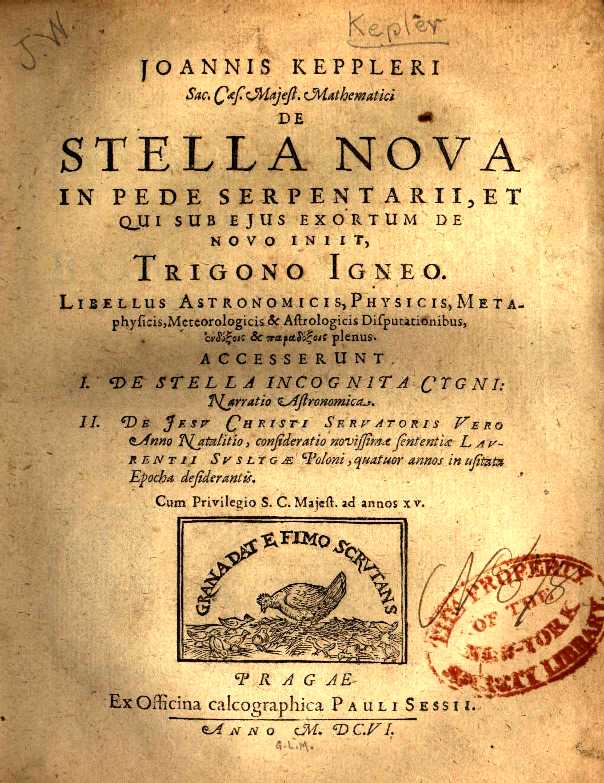 In astronomical terms, the star of Bethlehem is the triple conjunction of Jupiter and Saturn. The first important step towards this discovery was made by Johannes Kepler. Contemporary theologians largely disregarded his 1605 book De Stella Nova in Pede Serpentarii, because it did not contain all the answers, and it was not completely exempt of mistakes. Most importantly, these theologians had no idea of astronomy, and that is not the optimal basis for judging an astronomical work.

A conjunction of Jupiter and Saturn is called a “great conjunction”, for involving the two slowest walkers visible to the naked eye. Jupiter and Saturn walk slowest because they are the most distant from the sun (again, among those planets visible to the naked eye). In absolute size, they are the two largest planets of our solar system. The largest planets in angular size, as seen from the earth, are the moon and Venus. Venus is closer to the sun than the earth, whence Venus is never visible during a full night: it is visible only short after sundown or short before sunrise. Mars has an angular diameter (as seen from the earth) of 0.6″, an order of magnitude smaller than that of the 7 times more distant Saturn (17″), let alone that of Jupiter (37″), which circles at about half Saturn’s distance from the sun. For your reference: 60 arcseconds (60″) make one arcminute (1′), and 60 arcminutes make one degree. The angular diameter of the moon and of the sun are both around 30′, which is half a degree.

A final crucial aspect of the triple great conjunction in Bethlehem, at least for the magi, was its position in the stellar constellation Pisces (fish). Jupiter was the new King, which surpassed and leaves behind Saturn, the old King. Why did the magi come to Jerusalem? Because for them, the constellation Pisces was attributed to the Jews. Hence, the star of Bethlehem did not point anywhere, but its position in the sky referred to the Jewish people. A triple great conjunction in Pisces: that is the astronomical event we are talking about. In the appendix we show that its lowest recurrence period is 854 years.

The trick the Wikipedia site uses to hide all this information from the reader, is to center all attention on the closeness of approach. That is, scientifically speaking, a perfectly valid object of study; yet, it tells us nothing about how astronomers of antiquity observed these phenomena: and without their keen interest in it, today nobody would care at all. The closest approach only became measurable with high altitude, firmly grounded, high quality telescopes of the 18th century. What the magi went out seeing, was not at all related to the closest approach of Jupiter and Saturn: they knew perfectly well that from Jerusalem they would observe nothing different as from their own palaces. In today’s scientific terminology, they were not so much interested in the latitudinal separation of the two planets (their distance from the horizon), as in the longitudinal one (their direction along the horizon). Whereas in ordinary conjunctions two planets simply cross paths once (in terms of the longitude coordinate), in a triple conjunction two planets cross paths three times within one season: as if they had a one-season dance with each other, before departing again. As perspective was not discovered until 1500 years later, such a close dance was an incomprehensible phenomenon to the astronomers of old.

The following series of simplified schematics might help understanding the basics of the triple conjunction. The fundamental ingredients were probably known to the astronomers of old: the distances in the heliocentric system (proposed three centuries before), and the angular revolution velocities of the planets involved. The latter scale as 60:5:2 for Earth, Jupiter, and Saturn, respectively, and their distances from the Sun as 1:5:10.

Now we can understand how a single conjunction comes about. We start out with the alignment of Sun, Jupiter and Saturn, though with Earth lagging by 15 degrees (two weeks). By following the course of the planets, one can see but a single transition from “<” to “>”. This is the essential difference with the previous graph, showing (when appropriately mirrored) three transitions within half a year.


The magi probably lived in Babylon or further eastward. When they saw the first conjunction in from their own palaces in April 7 BC, they knew that this conjunction was to be an extraordinary one, of the triple kind, recurring every 139 years. As the conjunction occured in the zodiacal sign of Pisces, they undertook the travel to Jerusalem. The second conjunction occurred toward the end of September. Depending on their land of origin, they were still on their way to Jerusalem, or they might have arrived already. The third conjunction occurred early December 7 BC, and the subsequent separation of the two planets would be visible from January 6 BC onward.

Somewhere during the travel, the conjunction was hidden from their view, possibly due to the landscape. If they traveled along the Jordan river (providing a permanent source of water) they would have ascended to Jerusalem (elevation 750 meter, or 2470 feet) from Jericho (-260 meter, or -850 feet). This implies a final stretch through a canyon with sharp slopes both at the east and at the west (see image below), which would significantly constrain the visible part of the sky, thus hiding the conjunction.

Why is the zodiac important at all? Because to the magi, Pisces was the symbol of the Jewish people. Apart from all coincidences needed to have the Star of Bethlehem happen physically, God must also have foreseen that scientific idolatry, which today we designate as “astrology”. Sure, today’s scientists all poke fun at superstition. It is only too bad they have no idea of their own superstitions: like the corona hoax, the climate hoax, the gender hoax, and so many other superstitions which today many scientists cling to as Catholics to dogmata. No doubt, scientists of the next century have a good laugh about these three issues. They probably think only scientists of past centuries were dumb, and fail to see their own sacred altars: History keeps repeating itself.

What does this all mean for the exceptional nature of the Star of Bethlehem? First of all, it was exceptional only to scientists of the time. Ordinary people had not noticed anything strange, and certainly not a very bright star. That brightness is mere imagination of an apocryphal source (the proto-evangelium of James). As far as its recurrence is concerned, 1549 years is exceptional enough (the average time between one triple great conjunction in Pisces and the next). It is so exceptional, that many friends of mine wonder why I am not interested in the 2020 great conjunction. The reason is that it is a single conjunction, of the kind that occurs once every 20 years. See you in 2040! The last triple conjunction occurred in 1981, and it was not in the sign of Pisces. Neither will be the next one, in AD 2238. That will be for the grandchildren of our grandchildren of our grandchildren to see.

The exceptional nature was not in the approach (roughly one astronomical degree, which is about twice the angle spanned by the moon diameter), but in the threefold oscillatory motion of Jupiter and Saturn at their meeting point in the zodiacal sign of Pisces. For specialists of astronomy at that time, a triple great conjunction was known as an extremely rare event. The Magi were extremely happy to see the great conjunction again in Jerusalem, because it confirmed their scientific expectations: they knew that the conjunction had not disappeared, but that it was temporarily hidden from their sight whenever they trod steep mountain slopes. What they did not expect at all, though, was that the King of the Jews was not born in the Royal Palaces of Jerusalem, but in some obscure shepherds’ village (where David had grown up): Bethlehem of Ephrata, which, in the context of the new King’s birth, was known only to specialists of the Holy Scripture.

Appendix: Mathematics of the Star of Bethlehem

A solar conjunction is the alignment of two planets and the sun. These are spaced by a fixed period of time, and easy to calculate, when one applies a triple approximation: (i) the planetary orbits are perfect circles, (ii) the position of the sun is static, and (iii) all planets move in a single plane: the earth’s ecliptic plane.

The mathematics needed to figure out find out the period between two subsequent solar conjunctions is elementary. Like the relation between position (x), velocity (v), and time (t), you learnt at high school (x = v*t), one may express the number of turns a planet moves around the sun as n = f*t, where f stands for the frequency (number of turns per year). A turn is completed when the planet “p” reaches np = 1, or any other integer number. This should occur after every planetary orbit time Tp. This yields the condition 1 = fp * Tp, also known as the frequency relation fp = 1/Tp.

As Jupiter is closer to the sun than Saturn, TJ < TS whence fJ > fS. Define time zero as the moment in which Jupiter and Saturn are aligned with the sun. Define the next time at which they are aligned as TJS. Between time zero and TJS, Jupiter has revolved exactly one cycle more than Saturn: nS = nJ +1, which can be rewritten as fS * TJS = fJ * TJS +1. Dividing both sides of the equation by TJS, and replacing the frequencies by inverse periods, one obtains 1/TS= 1/TJ + 1/TJS, which is usually written as 1/TJS = 1/TJ – 1/TS.