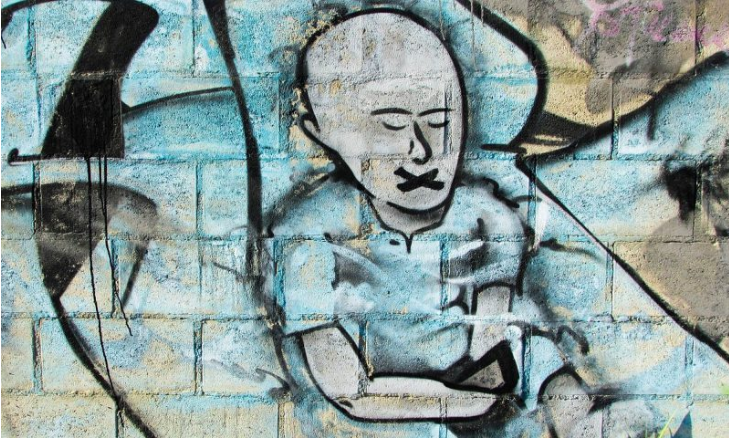 On the Nature of Ingenuousness

Curiously, those who see themselves as liberated from Christian prejudice, seem to suffer most of this ingenuousness: the staunch ideologues populating the CGC Church, where CGC stands for climate, gender, and corona. For these ideologues, CGC issues are not debatable: they form a kind of constitution. Whoever does not abide by it, transgresses the elementary laws of civil behavior, and becomes a something-“denier”. The sin of denial is as abject as the pun involved, for obviously the first something-deniers were holocaust-deniers. The atrocity of the deniers’ crimes results in the following set of fatwa’s:

Strangely enough, more than half of my (ex-)friends are adepts of the CGC Church. When we were young, they liked it so much to speak with me about my religious convictions. These convictions were so funny, so original, and so vexingly consistent. Years have passed, and now they find themselves utterly unable to discuss, in the same candid way, their own religious convictions with me, a notorious unbeliever in the CGC-god. I know my friends well enough, to sense (even when talking over the telephone), how deeply hurt they feel when I do not agree with their dogmas. My disapproval is like a slap in their face. In the worst of cases, it has become an obstacle to friendship. Whenever two friends part, two friends bleed. I can only hope their CGC-god is well atoned with their emotional sacrifice.

My God requires rational sacrifice, though. Not an emotional one.

Apart from CGC ideologues, there is a second category of people that is on average more susceptible to ingenuousness. They are employed people, as opposed to self-employed, independent workers. For the latter, a single wrong choice can jeopardize their economic future. Hence, they are on average more inclined to weigh all factors cautiously before taking a decision. They are less tempted to believe what fashionable journalists write, even when associated to traditionally renowned newspapers. People on a payroll do not need to be so careful with their opinions. They can entertain the funniest of world views, as long as they do not get into conflict with their appointed superiors.

A third category of people particularly susceptible to ingenuousness, are theoretically schooled academicians, as opposed to practically schooled people. Theoretical academicians are especially susceptible to the GI-syndrome. The syndrome takes its name from German Idealism, as taught by early 19th century German philosophers like Johann G. Fichte, Friedrich W.J. Schelling and Georg W.F. Hegel. They were so infatuated with their petty ideals, that they ended up believing the world to be a materialization of their fancies. After reading The Origin of Species, Erasmus Darwin wrote to his brother: “In fact the a priori reasoning is so entirely satisfactory to me that if the facts won’t fit in, why so much the worse for the facts is my feeling”. That is the most horrible autobiography of a misguided idealist. By the way, a single statement does not necessarily disqualify a man. Like his brother, Erasmus was an active slave abolitionist, which deserves all praise. One can be a slave abolitionist without being an idealist, though. In just the same way as one can argue for a genetic origin of species, in a sound scientific way: like Erasmus’ brother Charles did.

Summarizing, the three major risk categories for socio-political ingenuousness are:

The combination of these three virtues might be called radical-chic — a one-way ticket to the CGC-Church.

Here we have come at the heart of this essay: even though one would expect Christians to be better equipped against the trendy lies of this world, in practice this hardly seems to be the case. For this reason, I wish to draw your attention to the main events of global historical interest, in the context of assessing today’s balance of political forces.

The first historical event of interest occurs among the Italian city states of the renaissance, with that great invention of capitalism. No sooner was it invented, and some managed to make a living off a highly immoral abuse of it: the provocation of wars with the goal of increasing one’s capital, duly invested with an eye on foreseeable damage. After two centuries of wars between the involved mafia’s, a prominent champion emerged in the 18th century: Mayer Amschel Bauer. He chose the name (von) Rothschild. His toxic business spread all over Europe, and would soon cross the Atlantic. On this side, the French revolution and Napoleon’s adventures were nothing more than direct consequences of Rothschild politics. It filled their pockets in a hitherto unknown fashion. Overseas, the Rothschild dynasty did likewise, abusing of the American Civil War. Once the British were milked to drought, the Rothschilds started milking the Americans, by provoking the suspiciously recurrent American depressions. Their consistent game allowed the Rothschilds to gradually take over the complete American banking competition in less than two centuries. By 1913, Rothschild’s triumph was complete, and forced the American congress to accede to the disastrously unconstitutional Federal Reserve Act (aka Owen-Glass Act, or Currency Bill).

The American profits were huge, but not yet comparable to the European ones. In the 19th century, the Rothschilds managed to provoke the Franco-German wars, and in the 20th, the two World Wars. These wars allowed the Rothschilds to take over all important banking competition. The clue to their enduring success was their impressive ability to refrain from showing off their wealth. This policy was wisely summarized in Mossad’s old motto (Proverbs), as testified by Victor Ostrovsky: by way of deception thou shalt do war. A structural exposé of the Rothschild policy goes by the name of the Protocols of the Meetings of the Learned Elders of Zion, obviously claimed to be a forgery.

With the occasion of the Israeli-Egyptian war, an American Navy Vessel, baptized ‘USS Liberty’, headed for the Mediterranean war zone in 1967. On June 8, Israeli air force initiated nine hours of warning dives. Finally, they attacked the vessel, leading to 34 dead and 171 injured among the American crew. Both the US Marine and US Congress decided that the incident should have no further political consequences. Whistleblower Lieutenant James Ennes did not understand the ‘media blackout’.

Just like the French have a hard time admitting that the French revolution was provoked by external, malign, obscure forces rather than inspired idealistically, Americans resist the only possible rational conclusion from the USS Liberty episode: by 1967, the Rothschilds had both the USA and Israel in their pockets, both politically and militarily. All mainstream media printed candidly that the incident amounted to little more than ‘a few rounds of misdirected fire’.

The political domination was already patent, from the assassination of Jack Kennedy in Memphis, 1963. There is not the slightest doubt that the Zapruder images have been tampered with. In due course, all witnesses incriminating the CIA gradually disappeared. Few Christians realize that Kennedy’s assassination was due to his Executive Order 11,110. Its lawful execution would have ended the FED’s headlock on America’s economy.

While Christians continue their innocent sleep, the Rothschilds continue waging their war against mankind. In 2001, New York’s Twin Towers suddenly crumble. Only mental retards believe the official report of the 9/11 commission, which proposes a preposterous conspiracy by Afghan shepherds. Finally, in 2020, the first worldwide virus pandemic occurs. The microbiological evidence in favor of laboratory-produced HIV-inserts is undeniable. The connection with the Rothschild mafia does not end here. In one of her Solari reports in progress, Catherine Austin Pitts concludes that Black-Lives-Matter riots selectively wreaked havoc in those suburbs where the FED intends to expand real estate. What better place than these FED subsidiaries, in order to start with large-scale implants of microchips in human cattle?

These would be the most relevant historical data. They bring me to the major question of this essay: how is it possible that, with all this evidence, Christians fail to see what is going on?

The effect we face here, is nothing short of a universal mental paralysis. The cause therefore is of that same order of universality. I cannot think of anything even remotely appropriate, apart from that age-old Christian dogma of faith — original sin.