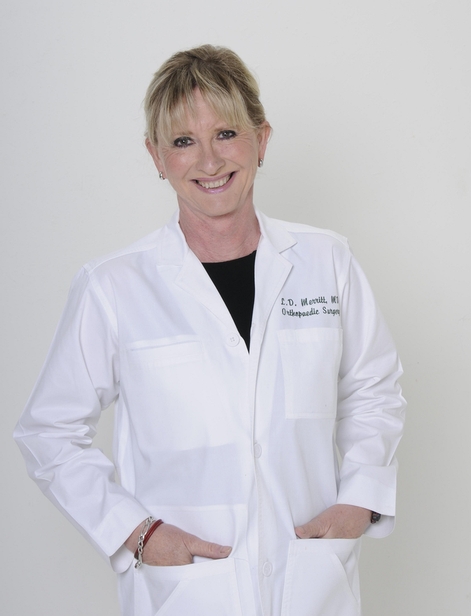 Dr. Lee Merritt graduated 1980 from the University of Rochester School of Medicine and Dentistry in New York. After completing an Orthopaedic Surgery Residency in the United States Navy she served as a Navy physician and surgeon. Back in Rochester, she was the only woman to be appointed as the Louis A. Goldstein Fellow of Spinal Surgery. She has been in the private practice of Orthopaedic and Spinal Surgery since 1995, has served on the Board of the Arizona Medical Association, and is past president of the Association of American Physicians and Surgeons. She has had a long interest in wellness and fitness, and has been Fellowship Certified by the American Academy of Anti-Aging Medicine.

Merritt is one of the very exceptional medical doctors who dare to speak out about the weaponization of Covid vaccines, being aware of the fact that humanity is presently facing an unconventional global war. Unconventional? In the case of ISIS and Al Qaeda (which Merritt calls warfare 4.0), uniforms were still visible: not in the least those of American soldiers. Yet nobody knew who was funding them. This is called the principle of ‘plausible deniability’. In warfare 5.0, as we suffer presently, we do not even know what that enemy looks like: it hides under the garments of nature itself. That is not to say that the original, unmutated corona version, was as harmless as the biologically surviving version we face presently. In Wuhan, and Italian Lombardy, doctors and nurses were dying, indeed. But like all man-made bio-articles, they do not survive Darwin’s natural variation. It took but a couple of weeks to render Covid completely harmless. What then is the idea of releasing Covid at all?

Remember antrax: it might be deadly, but it is hard to distribute. It must be carefully delivered, just like nuclear bombs: one by one. Nuclear bombs are extremely old-fashioned war games, though (somewhere in the 2.0 range), as it is immediately obvious who drops the bomb, in with what intention. Antrax is better, as both the deliverer and only the intention are hidden. Yet, the deliverer runs huge risks in handling the material. Hence, Covid is best: the Covid vaccine is a perfect binary weapon ingredient. The warhead to the Covid missile is the spike protein expressed by vaccines (which they are not, technically speaking, because a vaccine is nothing but the responsibly diluted pathogen). And how does a binary weapon work? First, inoculate the global population with country-specific libraries of protein-expressing genetic materials (whether indirectly, using two-stranded DNA, or directly, using single-stranded messenger RNA). Second, decide which segments of the global population are to be wiped out. Third, release a large quantity of food and drugs containing genetic material that, when activated by a specific kind of spike proteins, kills their hosts. The deliverers of both the primary and secondary poisons walk away unharmed, and the receivers cannot even tell what hit them.