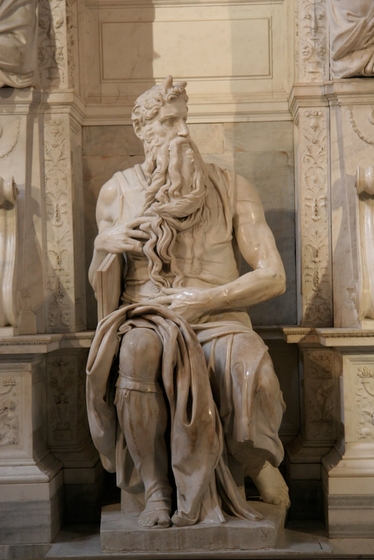 Quantum hylemorphism provides an excellent framework within which the nature of miracles can be appreciated. Philosophically, the physical law is not a law that material bodies usually obey, and which they can exceptionally disobey, in the case of miracles. Physical law is much more fundamental than a mere external aspect of material reality. Obeying physical law is the defining characteristic of matter. An entity that does not obey physical law does not qualify as a material entity. Miracles do not imply that physical lawfulness is temporarily lifted, as that would be nonsensical: how can one observe a miracle of whatever kind, unless specific photons hit one’s retina? And how can the observed object emit photons, unless that object obeys the fundamental laws of nature? This view at once disqualifies all medieval conceptions of miracles, including Thomas Aquinas’ view, and likewise, all modern conceptions, including Hume’s and Swinburne’s views.

The fact that Jesus appeared to the apostles and to many others after his resurrection, in His glorified body, directly implies that even Jesus’ glorified body obeys physical law. If it did not, it could impossibly have had physical interaction with the bodies of the apostles, which obviously were not part of the miracle. He who sits upon the throne, and said to John “Behold, I make all things new” (Revelation 21:5), does not mean to change the law of physics, because that would annihilate human nature. Indeed, corporality is an essential ingredient of human nature, and when the physical law ceases or changes, so does human nature. What He who sits upon the throne is going to renew, is the spiritual state of things. That renewal consists in the cleansing of all redeemed souls who need it (in purgatory), and in a radical increase of human dominion over quantum choices.

Many Christians are displeased when scientists ‘explain’ miracles in terms of natural causes. They feel that miracles lose their supernatural impact, if interpreted in terms of natural causality. From the perspective of quantum hylemorphism, this is a misunderstanding. A nice example is the exodus of Moses and his people from Egypt, some 35 centuries ago. As very elegantly proposed by Simcha Jacobovici, all ten plagues can be explained in the context of plate tectonics. The miracle is not that water stopped behaving naturally, by flowing against the direction of the physical forces. Rather, the miracle is that natural forces suddenly changed when Moses gave the command. What is more miraculous: that objects suddenly stop behaving naturally, whenever God wishes it, or that God programmed the Big Bang in such a way that ten plagues would occur in Egypt of the 15th century BC due to preprogrammed natural causes?

The latter is more miraculous. The former requires an arbitrary intervention of God, while the latter requires divine prescience of every single event, in a world that is both contingent and statistically deterministic: even the number of hairs on our heads are counted. With respect to the tectonic plates below the Red Sea, they just happened to move apart a few minutes (the time it took for the earthquake to cause the water drain) before Moses gave the order. Moses’ order was in no way the cause of the earthquake, in much the same way as Lucia did not cause the sun to dance. Moses merely predicted an associated phenomenon.

When the Arabian and African tectonic plates suddenly drift apart, the Gulf of Aqabah and the Gulf of Suez both drain into the Red Sea, by the ordinary law of gravitation. That is a perfectly natural phenomenon. The miracle is that Moses could not have known that such a unique event would happen just then and there. The event in itself is not miraculous, however, and for scientists specialized in such matters, such events can even be predicted with some degree of accuracy (plus or minus a year). The same scientists also know that, after the drain, a tsunami will propagate backward. Moses could impossibly know that, during his passage through the muddy Sea of Reeds, a tsunami was generated in the Red Sea, and headed right towards him. Having reached the hill top after the passage, and again on God’s order, Moses commanded the withdrawn Sea to drown the Egyptian army. What happened next could hardly be called a mass drowning. The tsunami literally pulverized the Egyptian army: a huge wall of water suddenly appeared out of nowhere. Moses and his people witnessed it, and testified about it in the granite columns, and in the Holy Scripture. For a detailed account of the water turned to blood, the frogs, the locusts, the darkness, and the selective death of the Egyptian firstborns, please refer to The Exodus Decoded and all references therein. In the present context, it is important to stress three defining ingredients of a miracle:

Plenty of extraordinary events occur in this universe every minute. They represent no miracles. Plenty of visionaries predict the most fanciful events. They constitute no miracles. Plenty of prophets claim to be carriers of divine messages. They work no miracles. A miracle only occurs when all three conditions are met. As opposed to Hume, the occurrence of a miracle can be ascertained objectively, and the occurrence of a miracle by no means implies a breach or suspension of the fundamental laws of nature.

October 13th of the year 1917, a miraculous event took place in Fátima, Portugal. It was predicted three months before, by Lucia dos Santos. She only knew a solar miracle would occur, but had no idea of the details. The sun danced during ten full minutes, issuing showers of colors. Such an observation is caused by an exceptionally unusual atmospheric phenomenon. It was observed by thousands of people, up to distances of 18 kilometers, at the same time: when Lucia gave the order to close the umbrellas. There were no signs of mass hysteria. The physical event did take place, and many eye witnesses testified to it. For the physicists: obviously, the observed sun dance did not reflect solar motion, for the necessary gravitational waves would have torn our solar system apart. The observed phenomenon rather was due to highly peculiar atmospheric turbulences. This does not diminish the miraculous nature of the event, because to date, no scientist is able to reconstruct the full conditions allowing for such atmospheric turbulences. Finally, there is no way for scientists to predict those atmospheric turbulences with three months’ anticipation, let alone for an ignorant shepherd child.

On the other hand, the miracle would have been more impressive, had Lucia not only predicted that a natural phenomenon was going to happen on that day and that spot, but had she predicted the details of that phenomenon: that the sun would dance during ten minutes, while bursting showers of colors. In all cases, there would have been no miracle at all, had something extraordinary happened, without a previously announced religious significance. The natural phenomena associated with a miracle are the undeniable proof of the divine origin of the message associated with the miracle. In this case, the significance had been communicated by the three visionaries, crystal clear: if people do not fast and pray, something is yet to come worse than World War I, both to Europe and to Russia. Alas, in hindsight, one can only conclude that we failed to fast and pray. Hopefully we will do better next time. What is useless, is to keep predicting new events on the basis of Fatima. Fatima referred to World War II and to Russian communism, and both are not any more. For the above reasons, the March 2011 Tōhoku tsunami that caused level 7 meltdowns at three reactors in the Fukushima Daiichi Nuclear Power Plant complex, does not qualify as a miracle. What made the 1446 BC Red Sea tsunami a miracle, in contrast to the Tōhoku tsunami, was that Moses had ordered it before it occurred, with the religious meaning of demonstrating the uselessness of Pharaoh’s the stubbornness against God. Again, Moses did not dispose of the necessary scientific equipment to have predicted the tsunami. Hence, the Tōhoku tsunami fails to qualify as a miracle on both counts, yet it represents exactly the same physics.

That miracles are to be interpreted this way, and in no other, was made clear by Jesus Himself. According to John 10:38, He said to the Pharisees: “But if I do them, even though you do not believe me, believe the works, so that you may know and understand that the Father is in me and I am in the Father.” His message was that He was God, Son of God, and Son of Man. Difficult to grasp, I agree: but it does not imply anything irrational, nor anything inherently contradictory. Denying the miracles that Jesus did, and many witnesses confirmed, as a proof of His claim, that is an irrational choice, indeed.