The Physics of Carbon Dioxide versus Greta and Al 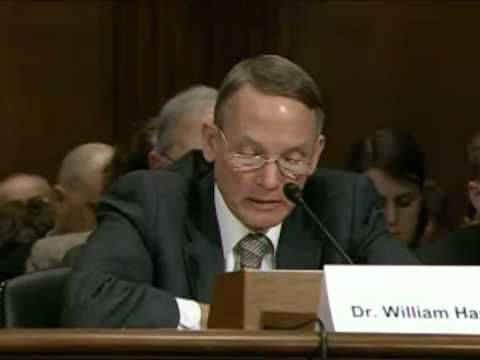 Prof. Dr. William Happer (born July 27, 1939) is an American physicist specialized in the spectroscopy of carbon dioxide (CO2). He is Emeritus Cyrus Fogg Brackett Professor of Physics at Princeton University, and pioneer of the development of adaptive optics. From 1991 to 1993, Happer served as director of the Department of Energy’s Office of Science as part of the George H.W. Bush administration. He was dismissed from the Department of Energy in 1993 by the Clinton Administration for not bowing to the trendy lies concerning the ozone hole. In 2018 he joined the National Security Council of the Trump Administration, to advise on the link between carbon dioxide and global warming, for a one-year term. Happer is co-founder and board member of the CO2 Coalition, which aims to inform the public that increased atmospheric levels of CO2 are necessary for the continuation of life on planet Earth.

First, Happer explains what is already known since Svante Arrhenius (Chemistry Nobel Prize 1903) described many decades before the discovery of quantum mechanics: that one has to double the CO2 concentration (from 400 to 800 parts per million) in order to achieve a global temperature rise of 1°C. Accordingly, a rise of 4°C requires a CO2 concentration of 6400 parts per million. Although this concentration would be perfectly fine for all biological life on our planet (human exhaled breath contains 14000 ppm), humanity will never achieve 6400 ppm, even if we burnt all existing trees. Svante Arrhenius, the great grandfather of Greta Thunberg, would probably make a turn in his grave upon hearing of the visionary who sees carbon dioxide with her naked eye. Second, our planet is at an archeological minimum of CO2 concentration. Without a concerted human effort to raise the CO2 concentration, planet Earth will, by course of natural evolution, turn into a desert. During the last hundred million years, atmospheric carbon dioxide has been steadily dropping as it is being consumed by sea biology, and converted into calcium carbonate. Without human activity, the CO2 concentration would have dropped to 150 ppm in about two million years from now. Below that threshold, plants collapse altogether, and with them, all animal life on this planet. Al Gore and his hysterical companions do not seem to get either of Happer’s points.

William Happer does not use woolly language: he says that the current stories about the detrimental effect of carbon dioxide are a typical example of mass hysteria, typical of communism and fascism. This may sound overstated, but the fact is that one only knows the consequences of mass hysteria once it is over. Significantly, climate hysterics invented the name ‘climate deniers’, an obvious malapropism of ‘holocaust deniers’.