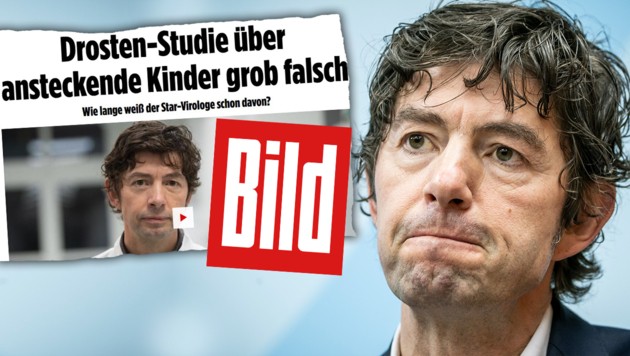 On January 23, 2020, the UM Berlin Institute of Virology published the flawed Corman-Drosten paper (named after the first and last contributing authors). The paper was not peer-reviewed. This can only mean they were in a hurry, because scientific papers are but preprints, unless the peers have reported positively. What was the reason for that hurry?

The PCR Tests Needed to Be Available

Why was it so important for such tests to be available? As the Covid-19 excess deaths had globally disappeared in March 2020, and the Pharmaceutical Giants had made their deals with the governments of all wealthy democracies, people had to be scared. Without the tests, it would be obvious that Covid-19 supposed no threat at all after March 2020, and nobody would engage in vaccination. Hence, Victor Corman and Christian Drosten eagerly did their share of the crime of this century, no doubt royally gratified by the principal steakholders, Bill Gates and Anthony Fauci (both unmentioned in the section “competing interests”). My accusation of two German scientists is not misguided post-WW-II sentiment of a Dutch dreamer. For the record, then, the Dutch people involved in this criminal work are: Richard Molenkamp, Daphne G.J.C. Mulders, Bart L. Haagmans, and Marion P.G. Koopmans, from the Department of Viroscience, Erasmus MC, Rotterdam), and Bas van der Veer, Sharon van den Brink, Lisa Wijsman, and Chantal Reusken, from the RIVM in Bilthoven (Netherlands Institute for Public Health and the Environment). And there is the Hong-Kong-based WHO criminal, too: Malik Peiris, already known from his silencing of the highly contagious nature of the unmodified SARS-Cov-2.

Again for the record: the German journal Bild was so courageous as to publish several articles about Drosten’s fake, and quite specifically, concerning the transmissivity of SARS-Cov-2 among children (April 30, 2020).

In the mean time, the Corman-Drosten paper (Eurosurveillance 25, January 23, 2020) has been reviewed by twenty-two scientists all over the world, and they found the research fatally flawed on ten major counts (Retraction request to Eurosurveillance, November 27, 2020). Below follow their abstract, summary and conclusion, as well as a specific passage relating to the Ct (cycle threshold) value:

In the publication entitled “Detection of 2019 novel coronavirus (2019-nCoV) by real-time RT-PCR” (Eurosurveillance 25(8) 2020) the authors present a diagnostic workflow and RT-qPCR protocol for detection and diagnostics of 2019-nCoV (now known as SARS-CoV-2), which they claim to be validated, as well as being a robust diagnostic methodology for use in public-health laboratory settings. In light of all the consequences resulting from this very publication for societies worldwide, a group of independent researchers performed a point-by-point review of the aforesaid publication in which 1) all components of the presented test design were cross checked, 2) the RT-qPCR protocol-recommendations were assessed w.r.t. good laboratory practice, and 3) parameters examined against relevant scientific literature covering the field. The published RT-qPCR protocol for detection and diagnostics of 2019-nCoV and the manuscript suffer from numerous technical and scientific errors, including insufficient primer design, a problematic and insufficient RT-qPCR protocol, and the absence of an accurate test validation. Neither the presented test nor the manuscript itself fulfils the requirements for an acceptable scientific publication. Further, serious conflicts of interest of the authors are not mentioned. Finally, the very short timescale between submission and acceptance of the publication (24 hours) signifies that a systematic peer review process was either not performed here, or of problematic poor quality.  We provide compelling evidence of several scientific inadequacies, errors and flaws. Considering the scientific and methodological blemishes presented here, we are confident that the editorial board of Eurosurveillance has no other choice but to retract the publication.

1. There exists no specified reason to use these extremely high concentrations of primers in this protocol. The described concentrations lead to increased nonspecific bindings and PCR product amplifications, making the test unsuitable as a specific diagnostic tool to identify the SARS-CoV-2 virus.

2. Six unspecified wobbly positions will introduce an enormous variability in the real world laboratory implementations of this test; the confusing nonspecific description in the Corman-Drosten paper is not suitable as a Standard Operational Protocol making the test unsuitable as a specific diagnostic tool to identify the SARS-CoV-2 virus.

3. The test cannot discriminate between the whole virus and viral fragments. Therefore, the test cannot be used as a diagnostic for intact (infectious) viruses, making the test unsuitable as a specific diagnostic tool to identify the SARS-CoV-2 virus and make inferences about the presence of an infection.

4. A difference of 10° C with respect to the annealing temperature for primer (…) also makes the test unsuitable as a specific diagnostic tool to identify the SARS-CoV-2 virus.

5. A severe error is the omission of a Ct value at which a sample is considered positive and negative. This Ct value is also not found in follow-up submissions making the test unsuitable as a specific diagnostic tool to identify the SARS-CoV-2 virus (See Comment below).

6. The PCR products have not been validated at the molecular level. This fact makes the protocol useless as a specific diagnostic tool to identify the SARS-CoV-2 virus.

7. The PCR test contains neither a unique positive control to evaluate its specificity for SARS-CoV-2 nor a negative control to exclude the presence of other coronaviruses, making the test unsuitable as a specific diagnostic tool to identify the SARS-CoV-2 virus.

8. The test design in the Corman-Drosten paper is so vague and flawed that one can go in dozens of different directions; nothing is standardized and there is no Standard Operational Procedure. This highly questions the scientific validity of the test and makes it unsuitable as a specific diagnostic tool to identify the SARS-CoV-2 virus.

9. Most likely, the Corman-Drosten paper was not peer-reviewed making the test unsuitable as a specific diagnostic tool to identify the SARS-CoV-2 virus.

10. We find severe conflicts of interest for at least four authors, in addition to the fact that two of the authors of the Corman-Drosten paper (Christian Drosten and Chantal Reusken) are members of the editorial board of Eurosurveillance. A conflict of interest was added on July 29 2020 (Olfert Landt is CEO of TIB-Molbiol; Marco Kaiser is senior researcher at GenExpress and serves as scientific advisor for TIB-Molbiol), that was not declared in the original version (and still is missing in the PubMed version); TIB-Molbiol is the company which was “the first” to produce PCR kits (Light Mix) based on the protocol published in the Corman-Drosten manuscript, and according to their own words, they distributed these PCR-test kits before the publication was even submitted; further, Victor Corman & Christian Drosten failed to mention their second affiliation: the commercial test laboratory “Labor Berlin”. Both are responsible for the virus diagnostics there and the company operates in the realm of real time PCR-testing.

In light of our re-examination of the test protocol to identify SARS-CoV-2 described in the Corman-Drosten paper we have identified concerning errors and inherent fallacies which render the SARS-CoV-2 PCR test useless.

The decision as to which test protocols are published and made widely available lies squarely in the hands of Eurosurveillance. A decision to recognise the errors apparent in the Corman-Drosten paper has the benefit to greatly minimise human cost and suffering going forward. Is it not in the best interest of Eurosurveillance to retract this paper? Our conclusion is clear. In the face of all the tremendous PCR-protocol design flaws and errors described here, we conclude: There is not much of a choice left in the framework of scientific integrity and responsibility.

PCR data evaluated as positive after a Ct value of 35 cycles are completely unreliable.

Citing Jaafar et al.: “At Ct = 35, the value we used to report a positive result for PCR, <3% of cultures are positive.” In other words, there was no successful virus isolation of SARS-CoV-2 at those high Ct values. Further, scientific studies show that only non-infectious (dead) viruses are detected with Ct values of 35. Between 30 and 35 there is a grey area, where a positive test cannot be established with certainty. This area should be excluded. Of course, one could perform 45 PCR cycles, as recommended in the Corman-Drosten WHO-protocol (Figure 4), but then you also have to define a reasonable Ct-value (which should not exceed 30). But an analytical result with a Ct value of 45 is scientifically and diagnostically absolutely meaningless (a reasonable Ct-value should not exceed 30). All this should be communicated very clearly. It is a significant mistake that the Corman-Drosten paper does not mention the maximum Ct value at which a sample can be unambiguously considered as a positive or a negative test-result. This important cycle threshold limit is also not specified in any follow-up submissions to date.