Fighting the Swamp in Spain 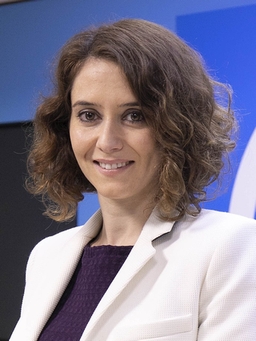 Isabel Díaz Ayuso (born 1978) is member of the Spanish Partido Popular, Vice-Secretary of Communication, and Spokeswoman of the party’s Madrilenian branch. Although her party lost the 2019 regional elections, she was elected President of the Community of Madrid by the Madrilenian Assembly (a Spanish Autonomous Community is comparable to an American State, though somewhat less autonomous). Six months later, the covid pandemic hit the Community of Madrid. In accordance with the state of alarm decreed by the Spanish government on 14 March 2020, the government of the Community of Madrid, like the other autonomous communities, were forced to take the usual silly measures (most abjectly, the closure of schools). Díaz Ayuso was criticized for delivering high-quality FFP2 and FFP3 protective masks to the citizens of the Community of Madrid for free, which arguably could provoke that these kind of masks became scarce in hospitals. Arguably so, but against the historical facts: masks never were scarce in hospitals. Díaz Ayuso opposed the curious request of her coalition partners (Ciudadanos, translated ‘Citizens’), for the army to intervene in the homes of the elderly. She repeatedly opposed the radical-leftist lockdown dictates of Sánchez’ government, thereby suffering several important resignations. In February 2020, she severely criticized the LGBT law as tyrannical. In April 2020, she proposed that not yet born children be counted as family members. In December 2020, Díaz Ayuso inaugurated the Hospital Isabel Zendal, heavily criticized by the opposition for its alleged ‘cost overruns’ and ‘use as an advertising campaign’. As everywhere else on our planet, the Spanish President of the Autonomous Community of Madrid proves that it is mostly religiously inspired political leaders, who dare oppose the mafia-imposed covid measures.