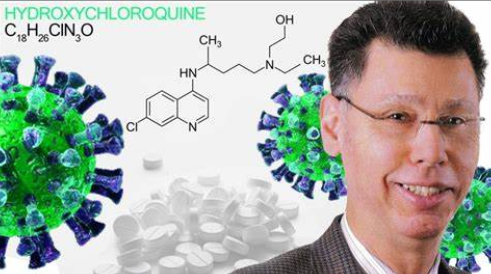 The first accusation dates from 2019, and came from Judy Mikovits. She had to pay her accusation with an arrest without charge, a gag order without ground, and character murder on the web without mercy. Thanks to the usual thugs of the Rothschild mafia. The second scientist of international reputation to speak out against Fauci’s criminal record is Yale epidemiologist, dr. Harvey Risch.

<< The FDA is a very strange organization that has a history of not making science-based, rational-based decisions about its approvals. This started most notably in 1987 when people with AIDS in New York City were dying of what was then called Pneumocystis Pneumonia (PCP). The clinical experience that had been amassed, of a large number of cases, who were prevented from dying, by use of the antibiotic Bactrim. This was even then a generic medication, and cheap, and activists obtained a meeting with dr. Fauci and fifteen of his selected scientists at NIH, and asked dr. Fauci, just make guidelines to physicians who consider using Bactrim, to treat preventively AIDS people, so that they would not die of this pneumonia. Dr. Fauci refused. He said: “I want randomized blind-controlled evidence, that’s my gold standard, that or nothing.” The activists left, the NIH did not fund any randomized trials. They raised money themselves, from their own AIDS patients, to collect the data, to do a randomized trial. It took them two years. They came back to dr. Fauci. During those two years, the FDA approved azidothymidine (AZT) [also known as Zidovudine] as a treatment for AIDS. AZT works, but not completely: it needs other medications as well. And during the two years that it took them to get these data, to come back to dr. Fauci to support using Bactrim, 17.000 people with AIDS died because of dr. Fauci’s insistence on not allowing even a statement supporting consideration of the use [of Bactrim]. This has gone on before. Now we have Dr. Fauci denying that any evidence exists of benefit [of hydroxychloroquine]. And that’s pervaded the FDA. The FDA has relied on Dr. Fauci and his NIH advisory groups to make the statements saying that there is no benefit of using hydroxychloroquine in outpatients. And this is counter to the facts of the case. The evidence is overwhelming. The FDA has also said that the harm of using these medications on outpatients overweighs the benefit. And in fact, they said this with no information, no evidence whatsoever, of any harm in outpatient use. This is provable, both by the fact that the FDA’s web page has a warning against outpatient use, but says it relies on inpatient hospital data, which means they don’t have any outpatient data, as well as the fact that 90% of the cases of Covid this year have occurred since the time that FDA restricted usage to the inpatients only. So the FDA knows that it has no data for outpatients, and no date on harm, and yet, it denied the Henry Ford petition for outpatient usage. Dr. Fauci and the FDA are doing the same thing that was done in 1987 and that has led to the deaths of hundreds of thousands of Americans who could have been saved by the usage of this drug! And this is the same thing that the FDA has done. It’s outrageous. People need to be writing or calling their congressman and senators and complaining that this is not the way the country should work; that a bureaucracy that is in bed with other forces that are causing them to make decisions that are not based on science, that are killing Americans, is not acceptable. >>

Dr. Risch’ accusation is 100% in line with Judy Mikovits’ plandemic. She was brutally attacked and censored for it. Harvey Risch will be treated likewise. Maybe time to support these courageous people?

In the video below, dr. Risch asserts (from sources of befriended clinicians) that 60% of the new Covid cases registered in Israel (where 53% of the population has been vaccinated to this date) are due to people who had already taken the Pfizer vaccine. That is no surprise at all to Pfizer: their vaccine was never intended to give personal protection against Covid, in the first place. It was only intended to reduce the spread of the disease. That is a lofty ambition, no doubt. However, one should tell people about it. What is happening right now, is that the ignorant are lied to, and are abused of as a mere means for achieving that goal: in other words, they are the stupid infantry (cannon fodder) of 19th century armies. By the way: from the above percentages, one may guess the efficiency of the Pfizer vaccine: if there is any positive effect at all, it is not really worth the effort. Certainly not the risk of permanent facial paralysis, to mention but one. Meanwhile, those who know what the vaccines are made of, graciously decline, even if vaccination came on special delivery and with a $10.000 bonus.