Inside Job 9/11: BBC’s Hayton and Standley 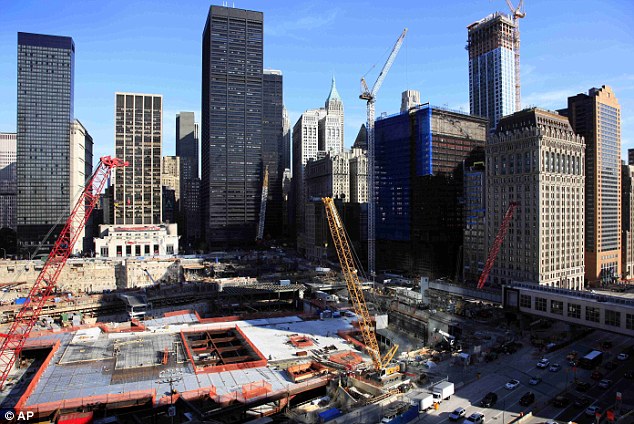 On 9/11, 2001, London-based BBC-anchor Phil Hayton interviews New-York-based BBC-reporter Jane Standley at 4:54 PM New York time. Hayton asks Standley some details concerning the crashed WTC7 . Standley confirms the crash – unaware that WTC7 stands behind her, live on video. Standley’s response terminates when the feed from New York mysteriously cuts out. Five minutes later, 5:20 PM New York time, WTC7 indeed collapses. The images leave no doubt that it concerns a controlled demolition, in which the carrying columns of the building were pulled down by ordinary explosives. Nothing like what happened to the Twin Towers (WTC1 & 2): WTC7 was not hit by planes and had suffered only some minor office fires. Remarkably, WTC7’s owner, Larry Silverstein, mentioned that he ordered the pull-down himself. Rescue worker Kevin McPadden has reported hearing a countdown to WTC7’s demolition.

Still today, BBC holds that there was no conspiracy. What it does not explain, however, is how Hayton and Standley could possibly have known the crash of WTC7 20 minutes in advance. There could not have been any exterior signs of an incumbent crash, as WTC7 was pulled down by controlled demolition. Does this mean that BBC is one of the conspirators? Of course not. It is just another broadcasting company on their payroll. And sure, its mistake cost the BBC editors a bad time. Conspirators of the 911 kind are not gentlemen. Your life or your lie!

Ian Harvey reports about the May 20, 2020 Request for Correction filed formally by Architects & Engineers for 9/11 Truth (AE911T), based on a study of the UAF.

Sites refers to a youtube link that BBC decided to censor. They have other examples of BBC’s nasty habit of inventing history.

BanderasNews mentions that journalists of We Are Change UK questioned ex-BBC reporters Jane Standley and Phil Hayton about the early reporting of WTC 7’s collapse during a speaking appearance. Standley had already been harassed (read: threatened) and declines to comment. Hayton at first fails to recollect even being in the studio on the day of 9/11. After being told the details, Hayton comments “This sounds so significant – I’m just amazed I didn’t know about this… This is completely news to me… So, is there no official explanation?” We Are Change continues to explain the delayed NIST report on WTC 7 as well as the response from a BBC editor who claimed 9/11 tapes were “lost” in a ‘cock-up.’ “I sense that you think there’s a conspiracy here – but you might be right,” Hayton concludes. BanderasNews concludes: “Surely, it is clear that neither Standley nor Hayton were ‘in on a conspiracy’– rather they were used and fed information”.

William G. Burton reviewed a debunking maniac on November 12, 2013. He presents a noteworthy list of 24 facts that cannot be debunked about 9/11. This list represents such a good summary, that I reproduce it in its entirety:

One more eerie coincidence is that the day before, on 9/10 2001, Secretary of State Donald Rumsfeld stated that 2.3 trillion dollars were unaccounted for in the Pentagon’s expenditures. All Pentagon financial experts who knew about the details, were killed, and only they, on 9/11.