Danish Committee of Defamation of the Honest 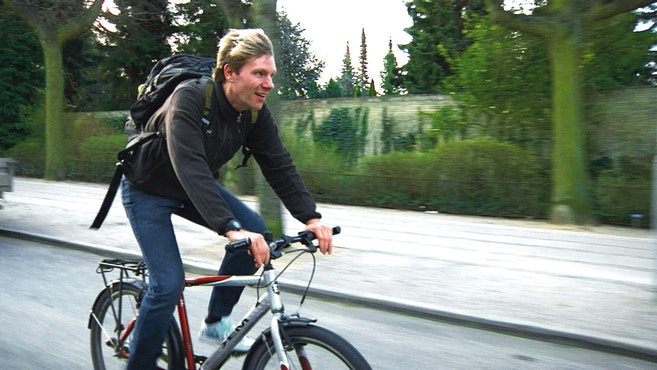 Bjorn Lomborg was born January 6, 1965. He obtained his Master’s degree in 1991, and his Ph.D. in 1994 (political science, University of Copenhagen). He was visiting professor at the Hoover Institution at Stanford University. In 2015 he became president of the Copenhagen Consensus Center. His two best books are The Skeptical Environmentalist (2001) and Cool it! (2007).


In his 2001 book The Skeptical Environmentalist with Cambridge University Press, Lomborg studies environmental issues that are totally torn out of context by the media: extinction rates of species, deforestation, global warming, and rising sea levels. Furthermore, he shows that not only life expectancy, wealth, and general standards of living have risen over the last century due to technological innovation, but also environmental conditions. Even when he tries to make a point of mere common sense, he provides a multitude of carefully selected scientific quotes. The common sense deniers, parishioners of the CGC-Church, so utterly impotent in countering his arguments, that they had no stick left but the Danish-Stalinist Committees of Scientific Dishonesty (DCSD), to hit Lomborg with.

In 2003, the Danish-Stalinist Committees on Scientific Dishonesty issued a report in reaction to numerous complaints about The Skeptical Environmentalist. It ruled that the book displayed ”systematic one-sidedness”. Because Dr. Lomborg was not found grossly negligent, the DCSD did not formally accuse Lomborg of scientific dishonesty. The formulation chosen by the DCSD is poignantly repulsive in its defamation. Consider the use of the verb “to deem” in the following verdict of the Committees: “Objectively speaking, the publication of the work under consideration is deemed to fall within the concept of scientific dishonesty. In view of the subjective requirements made in terms of intent or gross negligence, however, Lomborg’s publication cannot fall within the bounds of this characterization. Conversely, the publication is deemed clearly contrary to the standards of good scientific practice.” This elaborate circumlocution can be translated in more mundane terms: “we wanted to kill you, so be grateful that we only kicked you”.

The full text of the DCSD fatwa contains the following accusations:

Read the report of the DCSD, and you will find all nine points apply to it. For an interesting self-defense against the Stalinist show-process, I refer to Lomborg’s website. Question remains, why does the CGC-Church react so vehemently against Lomborg? Probably, the reason is that Lomborg came from their own ranks: he is an ecological activist himself. Like Richard Dawkins’ emotional criticism of Anthony Flew. In the 1993-1997 Sharpe series (with Sean Bean), fellows rising from the ranks are not to be trusted.

Does that mean that everything Lomborg says is right? Obviously not: no one is perfect. The most incisive criticism on Lomborg is due to physicist William Happer. In his comments on Lomborg’s book False Alarm, Happer states:

But he is wrong to insist that “climate change” generally, and increasing levels of atmospheric carbon dioxide specifically, are problems that need solving. To cite a few examples of this peculiar delusion, on page 37 we read, “Yes, global warming is real, and it needs our serious attention.” Section 4 is entitled “How to Fix Climate Change.” On page 171, we find “Yet if we can innovate the price of green energy down below that of fossil fuels, we will be on the pathway to fixing climate change.” In the closing remarks on page 221, we get this sop to conventional wisdom, “We definitely need to address global warming—it’s a real problem.” But these are assertions of religious dogma, not scientific facts. Lomborg makes no serious attempt to explain why “it’s a real problem.”