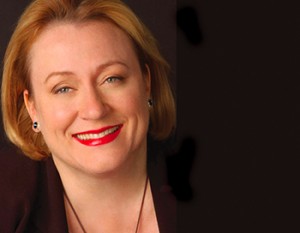 Catherine Austin Fitts is is a former Wall Street investment banker, specialized in real estate. During the Presidency of George H.W. Bush, she served as managing director of Dillon, Read & Co. and as United States Assistant Secretary of Housing and Urban Development for Housing. Born 1950, she has all but lost her juvenile impetus. In a recent Solari Report, she calls attention to the curious geographical pattern of the sites where extreme-left fascist Antifa/BLM riots wreaked havoc (targeting small businesses of Afro-Americans and Hispanics): they occurred not only in exactly those American cities where the FED has subsidiary bank offices, but also in exactly their opportunity zones (geographical areas where real estate dealings are not subject to capital gain taxes, a 2017-2018 tax shelter mechanism for real estate speculators).

These two coincidences point to the fact that the FED mafia plans on expanding their real estate. Austin Fitts’ latest YouTube video was pulled ten minutes after upload. What is so misleading and dangerous for the American people, warranting such brutal censoring?

Austin Fitts has the specific competence which allows her to see, like very few other specialists in other branches, the full picture of that global control. She calls its ideological drive “transhumanism”. The basic idea is quite simple. Earth is a beautiful planet, granting all conditions for leading a superbly comfortable life. In practice it is too difficult to grant such a heavenly life to ten billion people. Hence, human lives should be eliminated as soon as possible. Abortive vaccinations are already being used for that purpose. So what to do in the mean time, with all those superfluous humans? The simplest answer is to convert them into slaves: like all ancient cultures did, except the Christian one.

She explains the end of Afro-American slavery in purely economical terms: banks could not keep reimbursing the increasing amount of runaway slaves, and Haitians proved too strong to subjugate. This does not diminish the merits of classical fighters of slavery, but it shows why they were able to finally triumph: not a question of an increased moral awareness among the slave traders, but simply an issue of diminishing private profit.

In her latest video, Austin Fitts explains that the global control mafia works on five pillars at the time, which the mass media try –with all forces– to present to the people as utterly disconnected:

Crypto-currency systems are as good as any other, but in the hands of the swamp it can be used for establishing a single universal currency. That allows the swamp to put any individual, collective, or even country, out of business (pillar v). This way, a slavery system is integrated in your body and in your mind. In your body: by means of microchips introduced during vaccinations (pillar iii). In your mind, due to the continuous media brainwashing (pillar iv). All necessary tracking information is as fast as the speed of light (pillar i). Large-scale military operations are easily coordinated using a tight grid of continuously-spying satellites (pillar ii). Again, such satellites do much good in the hands of good people, who wish to fight terrorism of any kind. They are a huge danger in the hands of the swamp.

As a physicist, I have always been puzzled by the fact that the mass media so heavily and universally censor all news items relating 5G to SARS-Cov-2. To this very moment, I doubt that 5G can weaken one’s immune system, unless one take a 5G-source antenna into bed. However, the reason for the swamp to censor such connections fits quite well with one of Austin Fitts’ key points, to wit, that the swamp censors any attempt to establish correlations between the pillars: be they true or false. What is essential to the swamp, is that nobody gets to see the complete picture.

Austin Pitts predicts that the first thing Joe Biden will try to abolish, is the second amendment. I have always abhorred of the use of guns. But Austin Pitts changed my mind. First, many school killings are framed by the swamp. Second, even if among all those tragedies, there were a single ‘natural’ one (that is, not organized by the swamp), today’s society cannot do without guns. Not so much because one citizen should defend himself from another one, but all citizens should be able to defend themselves from the swamp. If useless violence is amplified by the second amendment, that is the price society has to pay for ensuring its freedom. In Austin Pitts’ own words: “after making everyone wear face diapers they will try to bring in the guns … that’s why the senate is such a big issue”.


Apparently, the concept of violent self-defense against totalitarianism, which long perished in Europe, seems to survive in a single obscure country out there, called the United States of America. At this moment, they are like Asterix and Obelix: the last stronghold still resisting the swamp.

Self-defense is a fundamental right of every citizen in every self-proclaimed democracy. In Venezuela, we already saw what happens when the people allow their arms to be confiscated by the government: a totalitarian regime thus finalizes the imprisonment of its complete population.