What the BioWeapon Industry Inserted in SARS-CoV-2 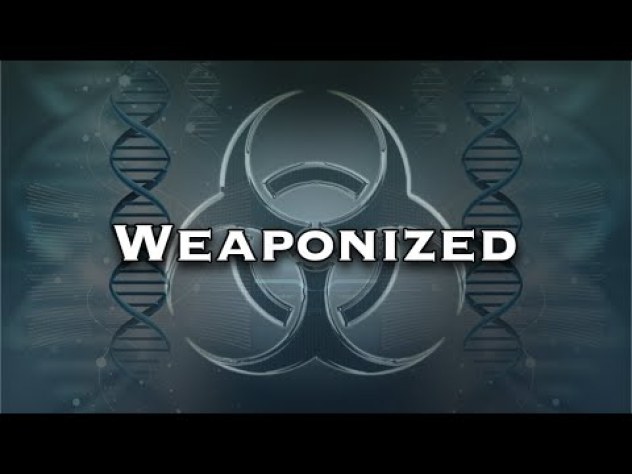 The furin-like cleavage site in the spike protein of SARS-CoV2-2 lacks in all natural variants, and happens to have enormous functional consequences in the human viral cycle: in technical terms, this is called “gain of function”. Bruno Coutard is an expert in the field: ever since the outbreak of the 2004 severe acute respiratory syndrome (SARS), he has been investigating enzymatic activity in SARS and MERS (Middle East Respiratory Syndrome). Given the date of submission, it is only fair to mention that, whether Coutard knew it or not, a well-known research group from New Delhi (India) already published the PRRA sequence in January 2020, one month before Coutard submitted his paper. Moreover, the Indian publication received extra publicity because it was “withdrawn” under pressure. Freely translated: a powerful big-pharm mafia did not want this scientific research to be published. Did Coutard know of this publication? It was publicly available on bioRxiv, and even though this publication was not peer-reviewed (for having being refused by the journal, under big-pharm pressure), it is not forbidden to scientists to refer to what is technically called a preprint. Fact is, that Coutard would lose the official discovery status which he now enjoys, had he referred to Pradhan’s preprint.

What the Indian research group revealed concerning the genetic code of SARS-CoV2-2, was much more spectacular than what Coutard revealed — and I mean absolutely no disrespect to the very valuable and courageous publication of Coutard. Pradhan and coworkers demonstrated

As I am no specialist in the matter, I am not in a position to judge that, in his April 2020 publication, Coutard missed the HIV-aspect of the inserts — as did Muller and Quay in their letter to the Wall Street Journal, more than a year later. What I do know, is that a Nobel Prize vouched for the soundness of the Indian research. Now it is well known that Nobel Prizes are frequently abused for airing opinions on scientific fields they have not the slightest clue of. In this case, however, the Nobel Prize in question, French laureate Luc Montagnier (1932), speaks out on his own field of research. Not only that: he received the Nobel Prize 2008 in Physiology or Medicine exactly for his discovery of the human immunodeficiency virus (HIV), along with Françoise Barré-Sinoussi and Harald zur Hausen. No sooner had Montagnier publicly spoken out about the HIV inserts in SARS-CoV-2 in a French television interview, and the usual big-pharm-paid choir (in this case, composed by the eunuchs Jean-Francois Delfraissy, head of the scientific council that advises the French government on the COVID-19 pandemic, and Olivier Schwartz, head of the virus and immunity department of France’s Pasteur Institute) chanted ‘conspiracy’, as if that word alone sufficiently proved their otherwise unsubstantiated allegations.

All praise to scientifically solid writers, like Nicholas Wade, who recently published a very thorough review of the big-pharm campaign. Wade shows that the two fundamental “scientific” publications, on the basis of which it was initially decided that SARS-CoV-2 was a natural virus, were written by paid mercenaries of big pharm mafias: both the Lancet letter of February 2020 (organized and drafted by Peter Daszak, infamous funder of the Wuhan Research Institute), and the Nature Medicine letter by the fraudulent and self-censoring twitterer Kristian Andersen of March 2020. It is only too bad that once prestigious scientific journals, like NEJM, The Lancet, Nature, and Science, systematically prostitute themselves as cheap propaganda outlets of the big pharm mafias (and for the latter two, of the climate mafia, too).

Wade concludes that so far, there is no direct evidence in favor of a lab origin of SARS-CoV-2, although the clues all point in that direction. Well, dear colleague, I beg to differ. Direct evidence there is: abundant, and definitive. Everything depends on how solid one estimates the evidence needs to be, before considering it as such. In this sense, Wade is “more Roman than the Pope”, as a wise Dutch saying has it.

Meanwhile, Luc Montagnier said that “history books will show that it is vaccination that creates the virus variants”, rather than Darwinian variation (interview with RAIR Foundation). A large group of highly concerned European doctors and scientists addressed this issue in their “Urgent Open Letter to the European Medicines Agency regarding COVID-19 Vaccine Safety Concerns”. They demand that approval for use of the gene-based vaccines be withdrawn until a number of crucial issues be properly addressed by the European Medicines Agency.