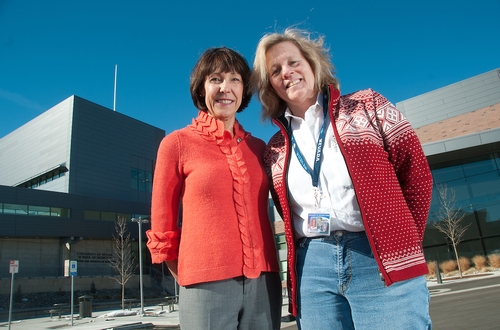 I searched for Judy Mikovits’ Plandemic on Google. The first 141 links contain negative information about it. The first non-negative link appears on position 142. Judy’s own link appears on position 143. Now please tell me, if Judy Mikovits really had it all wrong and is an obvious fake, why would search machines systematically hide everything she says? Or is her site on number 143 because nobody visits it? Yep. Like nobody visits her plandemic video…

Judy Mikovits’ Plandemic — so dangerous and misleading for the American people,
that it had to be censored by Big Brother Tony (who knows what is best for us)


In the context of her doctoral thesis (November 1991) she isolated for the first time in the history of science, the HIV virus. At the time it was called GRID (Gay-Related Immune Deficiency). She revolutionized the treatment of HIV in a long series of papers, one of which appeared in 1998 in Molecular and Cellular Biology. Only 3 out of 87 references in this paper refer to her own work: such scientific modesty is unique, at least in my branch of research, where it is common use to boost one’s own citation scores by extensive self-referencing.

That Judy Mikovits partially retracted her 2009 Science paper is a sign of scientific honesty. Science was so kind as to fully retract the paper. Of its own initiative. In the editor’s words, “the majority of the [reviewing] authors have agreed in principle to retract the Report but they have been unable to agree on the wording of their statement”. Translated into candid English: “We did everything possible to force a group of authoritative [reviewing] authors into producing a common accusation of scientific inadequacy, but these [reviewing] authors respectfully declined to serve as witch-hunt dogs”.

In 2010, Judy Mikovits publishes an addendum to her 2009 Science paper in a less prominent journal, called Virulence. In the abstract, she explains why the reviewers of her Science paper failed to detect XMRV infection in their CFS patient populations: “In October 2009, we reported the first direct isolation of infectious xenotropic murine leukemia virus-related virus (XMRV). In that study, we used a combination of biological amplification and molecular enhancement techniques to detect XMRV in more than 75% of 101 patients with chronic fatigue syndrome (CFS). Since our report, controversy arose after the publication of several studies that failed to detect XMRV infection in their CFS patient populations. In this addenda, we further detail the multiple detection methods we used in order to observe XMRV infection in our CFS cohort. Our results indicate that PCR from DNA of unstimulated peripheral blood mononuclear cells is the least sensitive method for detection of XMRV in subjects’ blood. We advocate the use of more than one type of assay in order to determine the frequency of XMRV infection in patient cohorts in future studies of the relevance of XMRV to human disease.”

Whether this is true or not, is not up to me to decide. Nor is it up to an editor of Science. It is a valuable scientific tradition to give everybody an opportunity to publish the results of one’s work. Scientific journals never arrogate to themselves, like AAAS’ Science repeatedly does since the 1980’s, the right to speak out about the quality of one’s work. They always leave that to peers. When a claim is unfounded, peer scientists will simply stop referring to the mistaken paper. That is how bad science is expelled from the scientific circuit. Not by ideological decisions of some threatened editor, as is obvious with all climate or covid-19 related journals of Nature, Science, The Lancet, The New England Journal of Medicine, Annual Review of Biochemistry. They have long been bought by the BigPharma mafia, and only publish what is in its favor.

In January 2011, three scientists (Van der Kuyl, Cornelissen and Berkhout) from the Laboratory of Experimental Virology at the University of Amsterdam, wrote a paper in Frontiers of Microbiology entitled Of mice and men: on the origin of XMRV. They not only quoted Mikovits’ Science-retracted paper —which is already highly exceptional in itself— but they confirmed Mikovits’ conclusion that immune-deficiency spread due to vaccination campaigns (since the 30’s and 50’s in the US). These vaccines were based on infectious mice: even though the mice did not suffer from their viruses, the lab-infected patients did, and horribly so. Obviously, BigPharma did not do this on purpose. They just wanted to make big money. However, what Mikovits had discovered, was a basic flaw affecting all BigPharma vaccines. That was not something BigPharma was ready to disclose, and it would not shun extreme violence.

Sheriffs in Ventura County, California, arrested Mikovits November 18, 2011, on charges never made public. In Plandemic Mikovits sustains in a Q&A with filmmaker Mikki Willis that she still has no constitutional freedoms nor rights, to this very day (May 2020).